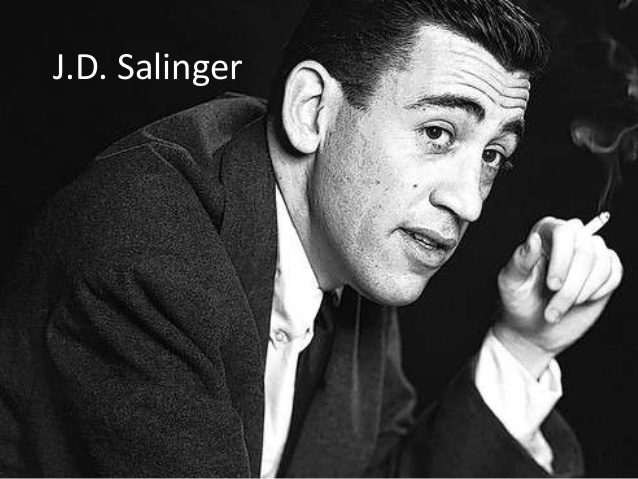 Well! if your answer is no then you might know about the novel “Catcher in the Rye“?

If your answer is still No, then you are missing out a lot of amazing work.

Today, that is, January 1st 1919, Jerome David Salinger was born. Of course he was not a conformist therefore his family and society were not ready to accept what he had to offer.

Like any other father, Sol Salinger wanted him to become a businessman. But he was a legend in making. To cut the long story short he was sent to different places to try out his luck. But finally he came back to New York, yet again, he started taking night classes at Columbia University. There Professor Whit Burnett changed his life for good. He pushed the young writer to reach his best creative potential. And soon, his work started appearing in famous magazines like ‘Story’, ‘Collier’s’ and ‘Saturday Evening Post.’

Professor Whit was not the only life-changing experience. World War II was another impressionable experience of his life. After Pearl Harbour, he served in the military during Normandy Invasion. His whole service was spent basically spent in writing and planning the chapters for his masterpiece where Holden Caulfield was the main character. He didn’t escape the war trauma. But that all became part of what he was.

These two experiences undoubtedly pushed the already impatient soul to its limits.

You can read about his personal life in detail everywhere. I am going to share my personal impressions of this legend. For me, he was more than a writer.

“Don’t ever tell anybody anything. If you do, you start missing everybody.”

“Among other things, you’ll find that you’re not the first person who was ever confused and frightened and even sickened by human behavior. You’re by no means alone on that score, you’ll be excited and stimulated to know. Many, many men have been just as troubled morally and spiritually as you are right now. Happily, some of them kept records of their troubles. You’ll learn from them—if you want to. Just as someday, if you have something to offer, someone will learn something from you. It’s a beautiful reciprocal arrangement. And it isn’t education. It’s history. It’s poetry.”― The Catcher in the Rye

“I’m quite illiterate, but I read a lot. ― The Catcher in the Rye

“And I can’t be running back and fourth forever between grief and high delight.” ― Franny and Zooey

“I’m a kind of paranoiac in reverse. I suspect people of plotting to make me happy.”― Raise High the Roof Beam, Carpenters & Seymour: An Introduction

“An artist’s only concern is to shoot for some kind of perfection, and on his own terms, not anyone else’s.”         ― Franny and Zooey

“The fact is always obvious much too late, but the most singular difference between happiness and joy is that happiness is a solid and joy a liquid.”― Nine Stories

If you are planning to spend some quality reading time then grab Catcher in the Rye. You will thank me later.

Note: List of his work and images are taken from Google Images